Awhile back I posted about Mississippi Comeback Sauce and how it apparently goes with everything….except Cheerios. When I read the ingredients it reminded me an awful lot of what we in Utah refer to as Fry Sauce. If you have ever been to Utah and ordered french fries at a restaurant…you are probably acquainted with Fry Sauce. It’s practically a state treasure. Utah-based burger chain Arctic Circle claims to have invented fry sauce in the 1940s, but combining ketchup and mayonnaise isn’t a unique idea. In Argentina it’s called “golf sauce” and is used on French fries, burgers and sandwiches. In Germany it’s called “Rott Weiss” or “Red White.”

After reading a comment from someone asking if Comeback Sauce is like Fry Sauce, it occurred to me that I haven’t ever shared Fry Sauce on the blog! That simply won’t do. Fry sauce is a gift to fry lovers everywhere.

Fry Sauce is considerably less involved than Comeback Sauce…but there is one “secret” ingredient that makes all the difference in this recipe. One I only learned within the last year. A friend of ours opened a hamburger joint and was serving the BEST fries along with the BEST fry sauce, so I asked him what the “secret” was and I was fairly flabbergasted when he said PICKLE JUICE. I was quite skeptical actually, and it wasn’t until I mixed up my first batch with a little of the sour green stuff that I realized he was spot on about the pickle juice! It give it just the right “tang”.

So the next time you decide to make anything close to resembling a french fry…be sure to mix up a little Fry Sauce for dipping. However, I feel I must warn you, you’ll never be able to eat french fries without it again! Mix all ingredients together in a small bowl. Eat. That is all there is to the basic recipe, however, there are a million and one variations out there. I’ve heard of using barbecue sauce or chili sauce instead of ketchup, and some people add a “kick” with cayenne pepper or tabasco sauce. Have fun with it….go crazy! :-)

How do you like to eat YOUR french fries? If you have ever been to Utah and ordered french fries at a restaurant…you are probably acquainted with Fry Sauce. It’s practically a state treasure! And it's simple to make...with one secret ingredient. 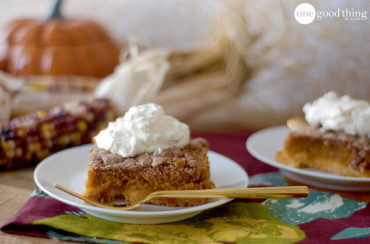 How To Make Potato Chips In Your Microwave Fast and Easy “Sunday Dinner” In The Middle of the Week! Lemon JOY and the best darn cookies you’ll ever eat! This Is The Best Pumpkin Bread I’ve Ever Made (And It’s Gluten Free!) The Best Way To Make Amazing Homemade Popcorn In Your Microwave It’s very similar to McDonalds’ “secret sauce,” which my family imitates by combining mayo, ketchup, a bit of mustard, and sometimes pickle relish. The pickle relish, I assume adds the same flavor profile as the pickle juice in your recipe. I like the color better with the addition of a little mustard. :-)

This was not invented in america. We in American have our own name for it called fry sauce. Its orginal orgins is from latin america. It orginaly is called salsa rosada. Aka salsa golf. Its also known by as other names depending on the country you live in. This guy from Utah DIDNT creat this. Please do not feed the public facts on orgins of food that is not true.

Interesting! Thanks for the info – I had no idea :-)

It is really so hard to tell where recipes originate from unless you are the one who actually did it.

Jillian I am a foodie and I LOVE that you spend the time to dig up these recipes for us. We always mix mayo and ketchup, but I will be trying the pickle additions. Thank you!

Down here in Alabama we have a variant on Mississippi Comeback sauce or your Utah Fry sauce that most of us call Guthrie’s sauce because that’s the Alabama chain that served it first. Now Zaxby’s serves basically the same thing. it’s mayo (our sour cream or plain yogurt), ketchup, worcestershire sauce, garlic powder, onion powder, black pepper. There are some variants between the two chains but those are the basics. And it’s dah-bomb!

OR sour cream/yogurt, not OUR. duh

I think she was directing the “DUH” to herself.

We had an Arctic Circle in the town where I lived in High School (Olympia, WA) and it was quite the hang out. I don’t remember the fry sauce (40 years is a long time between tastes), but I’d like to share my fry dip mix … mayo and Tapatio (or that other hot sauce). About 1+ T to a cup of mayo. Awesome-sauce. That is all. The end.

I and my brothers grew up with Arctic Circle fries and yummy fry sauce! We too asked for mayo and ketchup to make our own in restaurants without fry sauce. I’m looking forward to trying it with the dill pickle juice and other suggested ingredients. Love your blog Jillee! Thanks……

Artic Circle!! Oh my goodness, I lived at ” Acey Birds”
when I was in high school. Every lunch period and after
school would find a bunch of us dipping tons of fries into the little paper cups of that sauce. I could have had it instead of some of the milk shakes I ordered!! :) Sweet memories…..

Mayo and ketchup reminds me of Mom’s homemade thousand island dressing! I like homemade ranch dressing for fries and use a simple recipe. Mayo, fresh chopped dill, little onion and garlic powder.

Being an old Utahan, I agree with the first comment by Larene. The old basic way was just using mayo and Ketchup. Even to this day, when I go somewhere that doesn’t have fry sauce, I ask for mayo and Ketchup on the side and make my own. Gotta have fry sauce with fries! However, your spiced-up versions sounds pretty yummy, too.